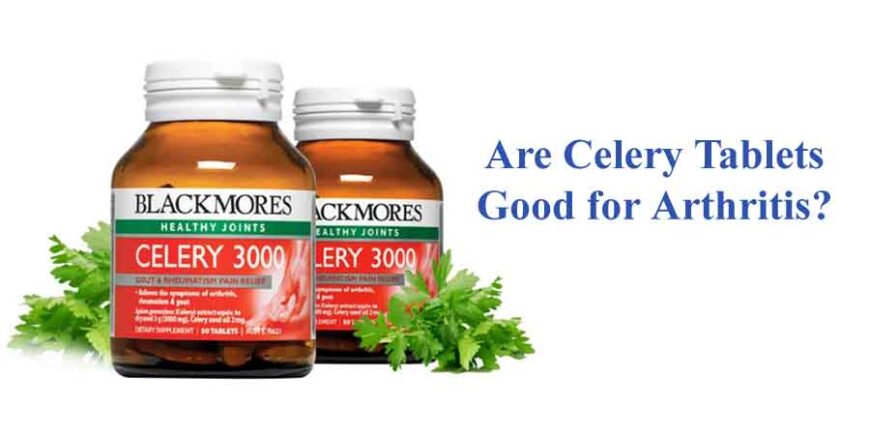 Celery is generally not the first vegetable that springs to mind when it comes to taste, but it is a vegetable that is rich in phytonutrients, anti-inflammatory elements, and antioxidants. Celery preparations have been widely used as natural supplements for painful or inflammatory diseases such as arthritis. In polyarthritis models, the Celery Seed Extract (CSE) was found to be at least as efficient as various NSAIDs such as aspirin, ibuprofen, and naproxen in suppressing arthritis.

During the investigation, no visual or behavioural symptoms of toxicity were found in any of the subject models. There were no statistically significant differences in body weight growth, daily body weight gains, or total absolute body weight gains when consuming the celery supplements.

How Does Celery Tablets Help?

The antioxidants and polysaccharides elements in celery work well as anti-inflammatory agents, especially the flavonoid and polyphenol antioxidants. The other antioxidants such as quercetin, phenolic acids, caffeic acid and ferulic acid also serve well to ease inflammation and joint pain, common symptoms of arthritis.

According to a study on the healthfulness of certain plants, luteolin, another chemical element present in celery, showed to have anti-inflammatory effects. However, the luteolin has not been explicitly examined in relation to osteoarthritic pain alleviation. Nevertheless, the combination of the beneficial bioactive substances like luteolin, as well as other antioxidants and anti-inflammatory components which are found in celery are highly recommended by several nutritionists and dietary experts as a suitable meal for arthritis patients.

Moreover, celery is beneficial not just for its anti-inflammatory characteristics, but also for its hydration properties. It is also a low-calorie snack that fulfils a crunch desire. This is a significant advantage since people with any type of arthritis always benefit from maintaining a healthy weight, so choosing nutritious snack foods like celery is also essential in this regard.

Other Form of Celery Preparations

Sometimes, the celery seed extract is also found in certain massage oils, natural topical pain relievers and even as mosquito repellent. Based on some studies, applying a topical containing 5 to 25 percent of celery extract to the skin will repel mosquitos for up to 4.5 hours. According to previous studies, using a particular product comprising 5% of celery extract, vanillin, eucalyptus oil, orange oil, and citronella oil repels mosquitos more efficiently comparable to other commercial products such as DEET 25% and Insect Block 28.

Oral tablets, the celery oil and seeds extract are relatively safe when taken orally in food quantities. When taken through oral route in the levels and amount seen in medication for a sufficient period of time, the celery is generally safe.

Local application, applied to the skin in the levels seen in medication for a sufficient period of time, the celery is generally safe for most people.

Some people, however, are allergic to celery, from mild skin rashes to anaphylaxis reaction, are examples of allergic responses. In this case, please do not further use the relevant celery containing products, as different severity of allergic reactions might impact your health differently.

Furthermore, during pregnancy, the celery oil and celery seeds extracts are best to be avoided. Large quantities of celery may stimulate the uterus to contract, may cause miscarriage. As for breast-feeding, due to lack of trustworthy information to determine if using celery while breast-feeding is safe, avoid using it to be on the safe side.

When consumed in therapeutic doses, celery is thought to increase the risk of bleeding. Therefore, if you have any bleeding disorder, avoid using celery.

Take one pill three times per day with meals for adults. Even better, as your doctor or pharmacist recommends.